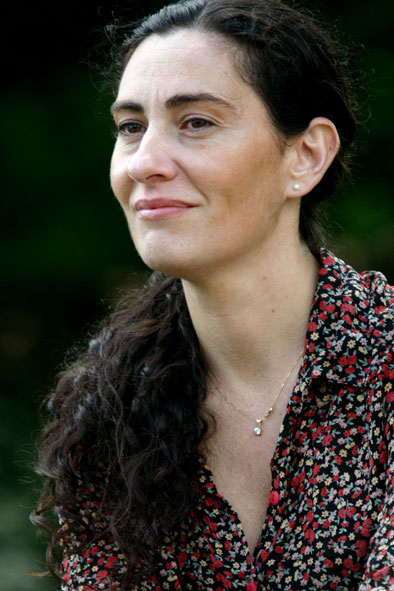 On January 14, 2020, Verónica A. Ivanov passed away in the city of Buenos Aires at the age of only 52 after a long, hard fight against a serious illness. Her passing at such a young age represents, without a doubt, a great loss to Argentine science.

Verónica was a member of a group of young researchers who gave a new impetus to the study of parasites of aquatic organisms in Argentina.

She graduated with a Bachelor's degree in Biology from the National University of La Plata (UNLP) in 1991. Following her graduation in 1992, she entered the Helminth Laboratory at the Centre for Parasitological and Vector Studies (CEPAVE) in the city of La Plata as a CONICET fellow. There, she undertook her Doctoral Thesis on the ecology of helminth parasites of elasmobranch fishes. In 1996, after obtaining her Doctorate, Verónica moved to the laboratory of Dr Ronald Campbell in the United States in order to acquire more experience in the study of fish cestodes. She returned to Argentina in 1998 and, a year later, became a CONICET Scientific and Technological Researcher in the Helminth Laboratory of the Department of Biology, University of Buenos Aires. From that moment on, Verónica blossomed as an expert in the field of cestodology. Her research resulted in fundamental contributions to our knowledge of the diversity and ecology of fish tapeworms, especially tetraphyllideans and trypanorhynchs. Verónica was passionate about her work. Her scientific integrity and her daily involvement in research and teaching always served as example for colleagues and students. The acquisition of scientific knowledge and the pleasure of new discoveries were among the Verónica’s major motivations. Throughout her career, Verónica directed and supervised interns, scholarship holders, both undergraduate and doctoral theses, and CONICET researchers. In recent years, she served as a founding member and co‐director of the IBBEA (Institute of Biodiversity and Experimental and Applied Biology, CONICET, UBA). With regard to her teaching activities, Verónica worked as a Diploma Assistant (UNLP), as Head of Practical Works (UBA) and, later, as Professor of Invertebrate Zoology (DBBE‐FCEyN‐UBA).

Until her last days, thanks to her integrity and tenacity, Verónica continued directing the Systematics and Biology of Parasites of Aquatic Organisms group (IBBEA‐UBA‐CONICET), and even developed a postgraduate course on the morphology and systematics of cestodes to be taught at the UBA during December, 2019. Unfortunately, the course had to be suspended due to her deteriorating health. Nevertheless, Verónica's teachings and legacy will endure in the form of her students and scientific works, which will pass from one generation of parasitologists to another.We and other friends will miss ‘Vero’ very much. We will keep in our hearts the dinners and long talks in cosy places that she carefully chose for our meetings, and her witty humour will resound forever in our memories.

Verónica is survived by her husband Guido and by her beloved son Juan.